The art of Pedro de la Cruz reflects a deep cultural mosaic which began with his parents who were born in two very different parts of Mexico -- Sonora and Jalisco.  Born in Baja California, Pedro remembers selling popsicles in the streets to get by. Still, Pedro remembers being the best at drawing in his class throughout his early school years -- and that art was a sanctuary especially during tough times. In the 1980s, the de la Cruz’s moved to the United States and settled in Santa Barbara.

As he became fluent in English, even as an introvert, Pedro found that art was the best way for him to communicate, be accepted by others and open doors to opportunity. Mentored and encouraged by several art teachers at Santa Barbara High School, Pedro continued to excel at learning color and design; as well as architectural drafting, at Santa Barbara City College. His uncle commissioned his first piece while still in high school and this belief and support in him kept Pedro painting and drawing through college and beyond.

Pedro De La Cruz is the designer of the original #Montecitostrong logo 2018.

Pedro created this logo wanting to inspire his community after the horrible mudslides which occurred
in Montecito, California on January 9th, 2018,​

please do not use without permission. thank you! 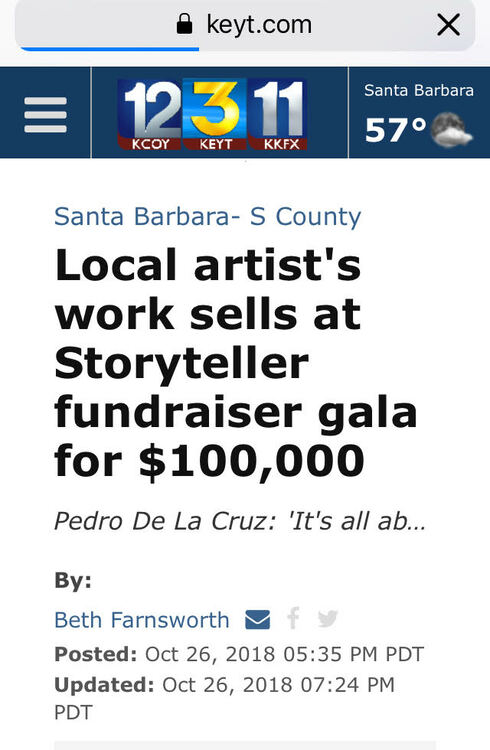